The Shakotan Peninsular is s spectacular place at any time of the year with a stunning coastline and crystal clear waters know for their distinctive "Shakotan blue" hues and abundance of seafood including the much revered uni or sea urchin. Shakotan like almost every town in Hokkaido celebrates summer with a festival but Shakotan's is something quite special, a fire festival. 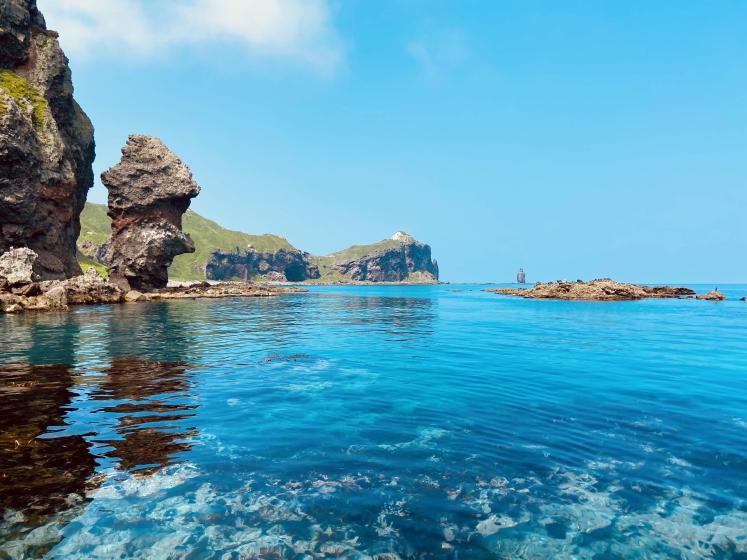 The distinctive and inviting crystal clear waters of Shakotan with Kamui Misaki behind.

For the last couple of years like much of the world the festival has been on hold but this year festivals in Hokkaido are back. Last weeks fire festival was as impressive as ever but parts were significantly scaled down and unfortunately for the hungry and thirsty it was the food and drink part of the festival that was reduced. 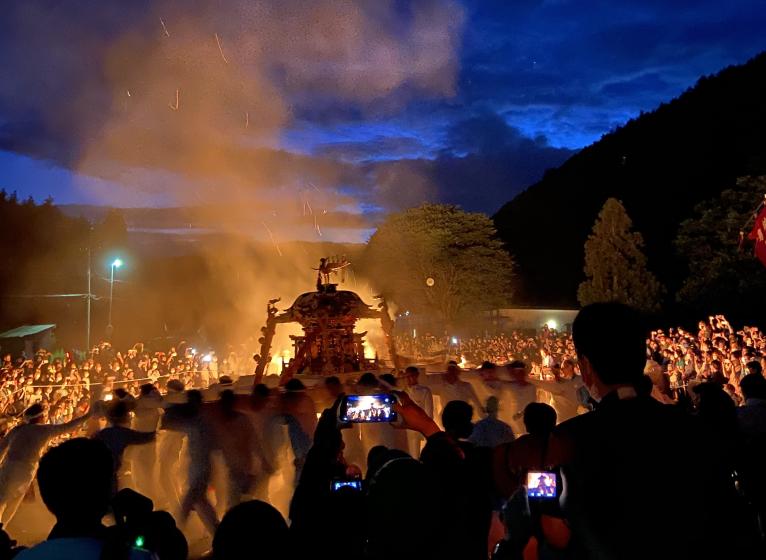 What wasn't reduced was the excitement and drama of the fire festival. With a solid crowd of a couple of hundred people including scores of keen photographers the fires were lit and the dance went on. The festival takes place to ensure fisherman's safety at sea (but perhaps not in fire!) and a plentiful fishing season ahead. For the menacing Tengu demon, a mountain spirit and his side kick dragon this means stomping through flames in an act of symbolic purification. They are followed through in similar spectacle by a large group of men toting a portable shrine on their shoulders. Exciting stuff!

If you are interested in finding out more on the Shakotan or other great summer activities near Niseko please feel free to contact us anytime.