If you have been to Niseko and stayed in Hirafu chances are pretty good you've been to the Burton Store. It is located on the ground floor of the Odin Place building located at the Hirafu Intersection. The store has been open for the last 5 years and it's patronage growing in leaps and bounds from season to season. For those who don't know The Burton Store is a snowboard shop selling Burton hard and soft goods with everything you need to outfit yourself for your snowboarding holiday in Niseko and beyond. The shop is run by expat Aussie Justin "Grover" Graves who we catch up with below and find out more about him, the store and his personal shred ready recommendations for the coming winter. 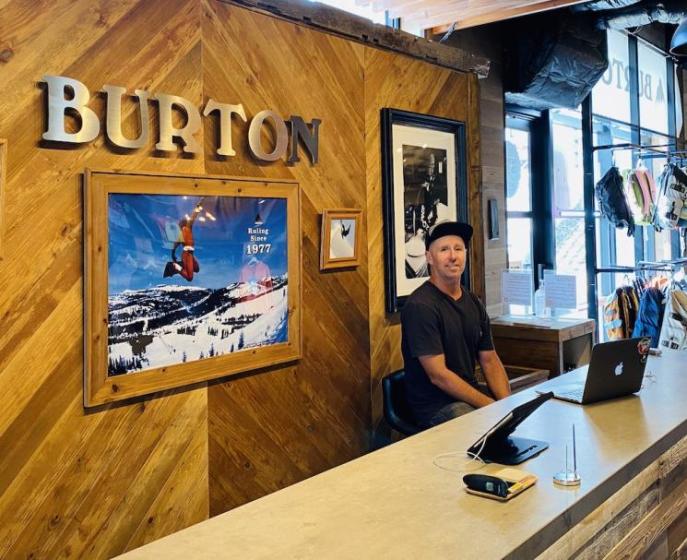 Grover hales from Merwether Beach in Newcastle Australia a classic surf town that was also home to surfing legends such as 4 x world champ Mark Richards, Luke Egan, Matt Hoy and Ryan Callahan. Out of the surf and into the snow Grover first stepped on board way back in 1991 in Charlotte Pass in Asutralia. This was a time that marked his introduction to the sport and was really the begginning for the Australian scene too.

From here Grover went on to spend 15 winters in north America in Colorado and California and then 10 more here in Niseko, the last 5 of which he has lived here year round. He first visited Niseko in 2009 on the way to the US. Niseko first came on the radar for him through Kiwi snowbaord champ Olly Brunton who had just visited and ridden with snowboard legend Terje Haakonsen here. It wasn't until he actually came here until he realised how good it really was. "when I came here I was like holy #$&% this is how much it really snows!" 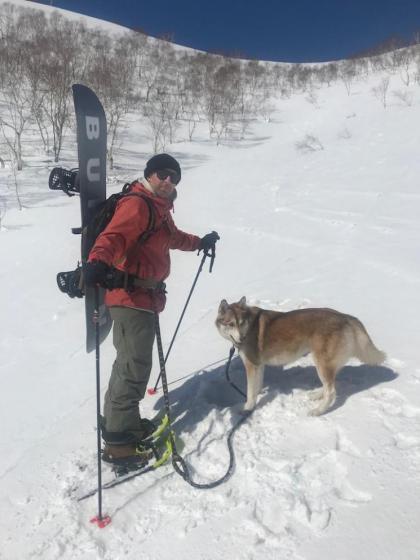 Grover began in Niseko working as a manager at Rhythm and it was from here the Burton Store was born. Rhythm's snowboard retail section was booming but Grover explained, the space was too limited to accommodate the growth. This was recognised by both the Rythm team and by Burton who first floated the idea of a seperate store. The idea quickly grew and seeing the potential Grover, Burton and Rhythm soon made it happen and as Niseko has grown so has the store's success. 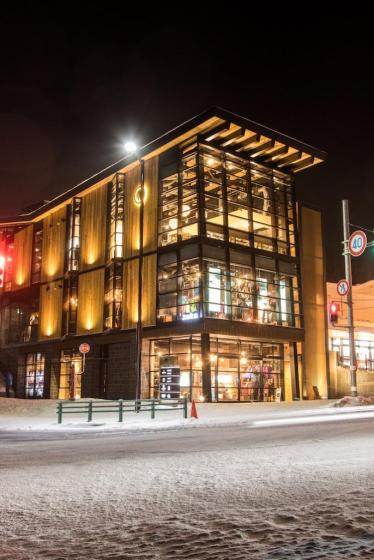 Down to the real business end we figured Grover was the perfect person to offer some advice on what kind of snowboard is best suited to Niseko. This he explained was in part dictated on your level of riding but if you are a competent snowboarder Grover recommends a powder specific board, something tapered with the nose wider than the tail, a set back stance configuration, camber under foot and plenty of lift in the nose. According to him having a board like this will help you to float above the powder yet still get traction on the groomed.

Grovers pick for for the 2020 /21 season is the Burton Hometown Hero from the Burton Family Tree line of all mountian powder specific shapes with sizes ranging from 142 to 160cm. Further Niseko essentials that Grover reccomneds are a good pair of goggles, decent gore outerwear, a face mask and hoods. "You need quality gear that is built for the conditions, stuff that you can use for a few season and that wil get you through all of the big powder days". If you've ever been to Niseko with sub par pair of goggles or jacket you'll know what he's saying! 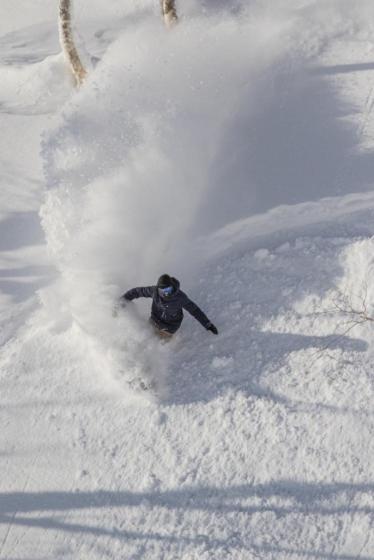 Deep in the pocket

With a quieter season ahead locals here are looking forward to have more time on the hill and riding lines that have been fairly busy over (by local standards) the last few years. Grovers picks are Super Ridge and his favourite gulley lines at Higashiyama / Niseko Village and also trips over to Moiwa, Rusutsu, Kokusai and Teine. The next time you're in Niseko be sure to stop by the store and say gudday to Grover and the team who will welcome you in out of the snow, unless of course they're rippng lines off super ridge!